The Nigeria Tennis Federation has expressed its condolence to Sports Minister, Barr. Solomon Dalung over the death of his wife, Mrs Briskila Dalung.

“This is to express our heart-felt condolence with the Sports Minister, Barrister Solomon Dalung following the passing away of his wife. We share in your grief knowing how painful it is to lose a pillar in one’s life as in the case of your beloved wife who must have help in moulding a man of substance like Barr. Dalung,” NTF boss Sani Ndanusa said.

He added, “We pray that God Gives you the fortitude to bear this irreparable loss while we also pray for the repose of the soul of the deceased.”

In a related development, the NTF also paid tribute to the late Chris Enahoro.

Referring to the late Enahoro, who died in Lagos on January 19 at 80, as a key apostle of Nigeria tennis development, the federation said his spirit will be kept alive with more focus on grassroots development.

“The best way we can keep his spirit awake is to make sure his death leaves no vacuum because this is one man that has been at the forefront of uplifting Nigerian tennis for more than two decades.”
A former Nigeria cricket captain, Enahoro was a former West Africa record holder in high jump and he also played football for the defunct Western Region of Nigeria.

He is credited to have nurtured some of Nigeria’s tennis players among whom is Oyinlomo Barakat Quadri, who spearheaded Nigeria’s winning of the West and Central Africa Championships held recently in Togo.

The selection of London as the new home for the International Federation comes after an extensive evaluation process of possible locations undertaken since the election of a new President and Board of Directors in November 2016.

The criteria for the evaluation included:
• International city
• Connectivity / ease of access for World Sailing members and stakeholders
• Ability to retain existing staff
• International diversity with a high quality, multilingual employment base

Southampton, London, Barcelona and Valencia were shortlisted by World Sailing’s Board of Directors in December 2016 before today’s announcement of London.

An office location in central London is to be identified with a target move date of late summer 2017.

World Sailing has been based in Southampton for the past 20-years but the organisations roots, and its predecessors, the IYRU and ISAF, had been based in London since its formation in 1907.

Kim Andersen, World Sailing President commented, “As with all good leadership, the board and myself have looked into what is best for the World Sailing organization and for our sport.

“We have taken into consideration the DNA of World Sailing as a whole, the technical skills we need to run the organisation, the aspect of being international and having options of multi-lingual competencies and accessibility.

“This has been weighed and reviewed, and we are pleased to announce that in the best interest of the organization and the sport we have decided to move the headquarters to London.”

World Sailing Chief Executive Officer Andy Hunt added, “World Sailing received strong interest from cities wanting to host the International Federation headquarters. Each city put forward a strong proposal and I thank them for their proposals and Southampton for hosting the governing body for the last two decades.” 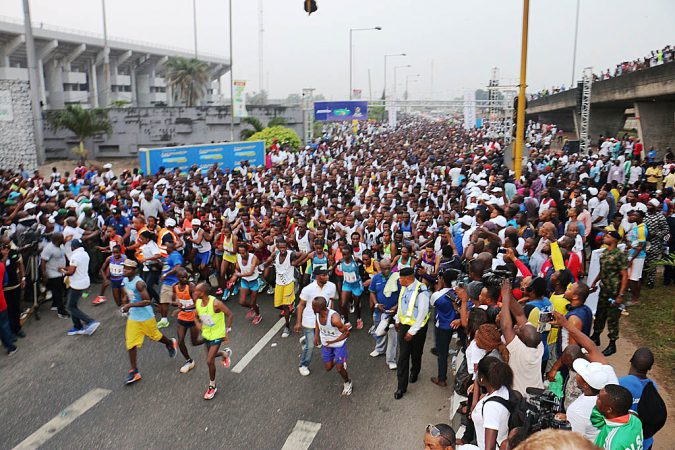 Thank to Lagos State Governor His Excellency Akinwunmi Ambode, winners at the February 11, 2017 Access Bank Lagos City Marathon are guaranteed payment of their prize immediately they complete the race according to Project Consultant Bukola Olopade.

The Project Consultant also revealed that all physically challenged runners participating in the second edition of the Access Bank Lagos City Marathon will get appearance fee.

Olopade Said the appearance fee for physically challenged runners will be paid by race sponsor Access Bank, 7 Up, Bet Naija, the General Manager of Marathon Yussuf Alli and his company Nilayo Nigeria Limited.

He said, “We are grateful to the Governor of Lagos State His Excellency Akinwunmi Ambode for making available the prize money for all categories of athletes before the race. All runners competing in this edition of the marathon will get their prize money as soon as they cross the line and are presented medals’’.

Olopade said only athletes whose samples are collected by doping officers for test will not get their prize money until the results of the test are out.

Olopade also said at the finish point on February 11 will have who is who in music in Nigeria like Olamide , Davido, Techno, Seyi Shey, Kiss Daniel, Koker, Melrouge, Small Doctor and Jire will be performing at the finish. 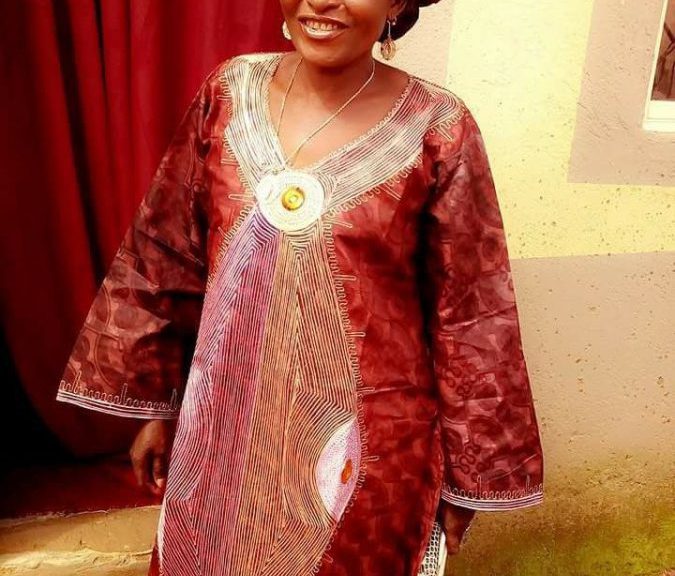 The board of the Nigeria Table Tennis Federation (NTTF) has condoled with Minister of Youth and Sports, Solomon Dalung on the demise of his lovely wife, Mrs. Briskila Dalung on Sunday January 28.

The late mother of five passed after a brief illness.

In a statement signed by NTTF President, Wahid Oshodi, the federation symphatised with the minister while describing it as a shocking news to sports family in Nigeria.

“We were shocked by the death of Mrs Briskila Dalung – wife of the Minister of Youth and Sports, Barrister Solomon Dalung. We mourned with the Dalung family and pray that God will give them the fortitude to bear the loss.

Mrs Dalung died in the early hours of Sunday after a brief illness and her death was announced on the Facebook page of the Honourable Minister read thus.

“I am bereaved. My heart is heavy. I cannot continue. I lost my first wife, Mrs Briskila this morning. May her soul and the souls of the faithful departed rest in the bosom of the Lord, amen. What a black Sunday,” a breaved minister wrote.

All is now set for the second edition of the Ekofootball Women Championship. The championship is expected to feature 16 teams including a private school drawn from different parts of the state and pooled into four groups of four teams each in a round – robin contest.

Speaking during the draws held at the LSFA Conference Hall, Chairman of the Organising Committee, Wale Joseph, disclosed that everything is in place to ensure a hitch free tournament.

On his part, Chairman Lagos State Football Association and 1st Vice President of the Nigeria Football Federation, Barrister Seyi Akinwunmi, admonished all participating teams to take advantage of the opportunities that lies in such tournaments.

“This is a competition that provides the officials and players the platform to showcase their talents and of course, better their fortunes,” Akinwunmi said.

Representatives of the participating teams expressed optimism and confidence, going into the championship which begins Saturday, 4th of February, 2016, at the popular Onikan Stadium, Lagos.

After going through the coaching certification and exposed to the changes made to the rules guiding taekwondo worldwide, triple Olympian, Chika Chukwumerije believes Nigeria taekwondo community must align with the changes in the sport.

After obtaining World Taekwondo Federation/ Pan American Taekwondo Union Coach Permit at the end of the two-day coaching certification g course, which at the West Gate hotel, Las Vegas, USA, Chukwumerije confirmed that several changes have been made to the rules of taekwondo and it is important for coaches in the country to be acquainted with this development.

“I am grateful that I planned to be here a year ago. The new rules have really changed everything. The way a coach teaches his athlete must change if medals are to be won. Nigeria Taekwondo coaches will need to update their knowledge urgently if Tokyo 2020 is to be different. If an athlete that won the Rio 2016 fights that same way with these new rules, the athlete will most certainly lose to point deductions. Yes, the impact of these new rules and their application is that drastic.

The 2008 Beijing Olympic Games added: “Once I get back to Nigeria, I will certainly change the way I have been teaching my direct athletes, and perhaps will help organise a taekwondo education course. The more coaches that have this knowledge means more Nigeria taekwondo athletes can learn in enough time to make a difference at the 2019 All African Games and Tokyo 2020”

“Despite challenges encountering it, Nigeria Taekwondo needs to stay ahead. Our practitioners need to know what is happening. I was so shocked that very few coaches knew about the new requirement. Our ability to keep ahead really depends on keeping our ears on the global taekwondo ground and making sure we spread the info and knowledge within our circles,” the 2007 African Games gold medalist.

Over 200 coaches from 60 countries attended the course.

Meanwhile, the four Nigerians that will represent Nigeria at the 2017 US Taekwondo Opens will know their opponents on Tuesday January 31 when the draws hold while the weigh-in begins on February 1 while hostilities for the Nigerians will take place on February 2 to 3.

There are strong indications that Aruna Quadri’s performance at the just concluded ITTF World Tour tagged Hungarian Open, may rub off positively on his rating when the latest ITTF ranking is released on Wednesday February the 1st 2017.

The 25th ranked player worked his way from the main draw to the quarterfinal where he narrowly lost 4-3 to Germany’s Ruwen Filus.

With this development, Quadri may move up the world rating to set another record while his crucial point win over Czech Republic’s Tomas Konecny in the round of 16 has been listed among the top ten shots of the tournament.

Also to benefit for his performance at Hungarian Open is Italy-based Olajide Omotayo, who secured a victory over his highly-rated Belarusian opponent.

Meanwhile, Quadri will today January the 31st lead his French club – Jura Morez against Villeneuve, which has French internationals Adrien Mattenet, Antoine Hachard and Stéphane Ouaiche in the French Super Division league. Jura Morez currently occupies third place on the league table with 18points from eight matches made up of five wins and three defeats.

finixsportsblog
Create a free website or blog at WordPress.com.